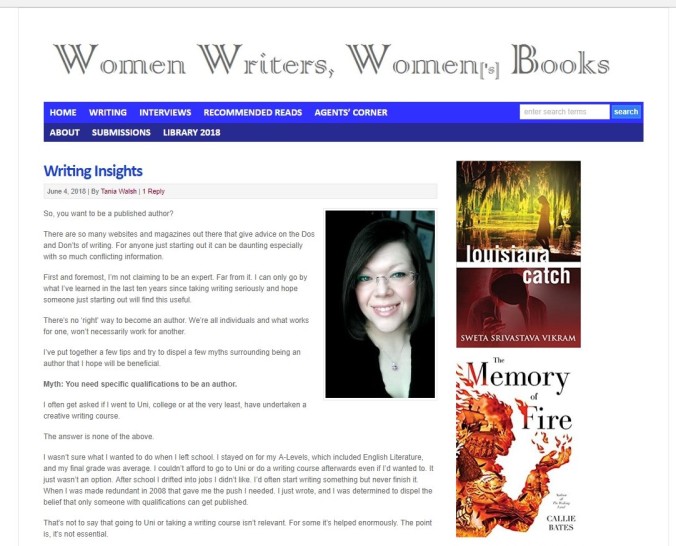 Today I’m featured over on the awesome Women Writers, Women’s Books website, where I dispel some writing myths and offer a few tips!

This website is a great resource for authors and readers alike, so do please check it out.

I have 5 bound advanced reading copies of Pretty Little Things to give away via my Facebook and Twitter page!

All you have to do is ‘share/RT’ the post on either site and tell me why you’d like to win a copy.

I’ll pick five of my favourites on Monday 28th. 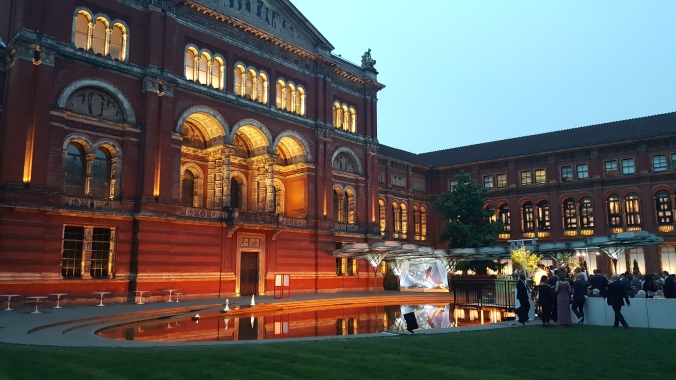 Last night I was lucky enough to attend the HarperCollins Summer Party at the gorgeous V&A Museum, in London. 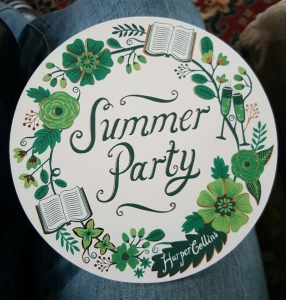 It was an amazing event and whilst being nervous, I am so glad I went. I got to chat to other authors, agents, and the wider team at HC, as well as catch up with the editors from the Carina imprint.

Beforehand, the HQ team (HQ is the newly formed imprint that merged previous Harlequin imprints such as MIRA etc) held pre-party drinks at the Rembrandt Hotel, opposite the V&A. We got the chance to raise a glass to the new imprint before heading over to the huge party across the road.

To be honest, everything was a blur. The venue was packed, the alcohol was flowing and the canapés were to die for (especially the desserts!). I got to meet some fantastic authors, and the teams from across the whole of HarperCollins. Many I have only ‘spoken’ to via social media, so it was lovely to meet these people properly.

I saw authors I have long admired and found ‘new voices’ I have yet to read, but whose books I will be adding to my (ever-growing!) to-be-read pile.

It was a fantastic evening and experience that I hope I might be lucky enough to repeat.

I’m happy to announce that For All Our Sins will be out in paperback this October!

I hope this will mean the book will be available on book shelves in stores, as well as online, but I’m not sure yet.

Either way, I can’t wait to hold an actual physical copy of my book. I’m now counting down the months until then!

I’ll be answering any questions you may have about the DCI Claire Winters series, writing in general, advice or anything else you might want to know that’s writing related!

I hope some of you will join me, and I look forward to answering any questions people have. Be sure to use the hashtag #CrimeClub, when sending your tweets.

Just to clarify – There’s a new review on Amazon UK for ‘For All Our Sins’, which is written by someone, unknown to me, (thank you, whoever you are) but they happen to have my name (T M E Walsh) as their username. This could give the impression that I have written myself a review, which I’d like to clarify isn’t the case. I do appreciate the time taken to leave a review nonetheless.

In my last blog post I hinted that I had some news about my DCI Winters series. I don’t like to announce anything until ‘the ink is dry’, and I’ve been quiet on here for a while, but since I’ve made a decision about the series, I thought I’d update my blog.

Back in September I had an offer for a three book deal with a digital publisher who has a lot of brand recognition with its various imprints. I submitted my second novel, ‘The Principle of Evil’, to them last year and didn’t hear anything back, so assumed I’d been unsuccessful.

I got an email out of the blue from one of the editors saying she loved the book and wanted to offer a three book deal, to include my first two books and a third (which I was working on).

It was an exciting offer and the editor was very enthusiastic about the series, which gave me a much-needed confidence boost, but I didn’t get too smug because nothing is certain until you see and sign a contract and after several ‘so close, yet so far’ moments, I didn’t want to build myself up too much.

Since September I’ve also joined The Society of Authors. I highly recommend anyone who is eligible to join to do so. One service that has been beneficial to me is their contract vetting.

Once I received my contract from the publisher in question, I sent it to be vetted.

In the last few months I’ve been faced with a ‘fork in the road’ moment. Whilst I love my DCI Winters series, I’ve also felt pulled towards writing a standalone novel. The novel would still be of the crime thriller genre but wouldn’t be a police procedural.

I pitched the idea for this book at the ‘How to Hook an Agent’ event at Bloomsbury Publishing in September, to an agent who had previously read the full manuscript for my second novel, ‘The Principle of Evil’. She gave me positive feedback about the pitch and the idea, which was reassuring.

Getting back to this contract…

The Society of Authors got back to me quickly with their thoughts on the contract and gave me much to think about. There were certainly pros and cons, and I had to have a long think about what I wanted out of all this and if, in the long run, the book deal would benefit me.

In the end I decided not to go ahead with it.

Some may think this was a silly decision, after all I had the opportunity to get my novels on more platforms other than Kindle, but I’ve had to take into account many other clauses that are buried in a contract.

I’ve been burnt before, rushing into something I didn’t completely understand, and maybe I’m being over-cautious, but I can’t sign up for something that I am not 100% sure of.

It also meant that I would’ve had to finish that third DCI Winters novel, and now, that’s not at the top of my list of priorities.

So, for now, the DCI Winters series is on hold. I’m proud of how the third book was shaping up and I loved the story itself, and at some point I WILL return to it. Until then, the two books in the series will stay on sale on Amazon, and I hope more readers will continue to enjoy them.

We all have moments when it’s tempting to jump at the chance when you are offered something that could get your work out there to more readers, but I believe it’s important to think with a clear head and not view everything through rose-tinted glasses.

Take a step back and seek some advice from an expert to give any contract you are offered a thorough comb through.

What will be acceptable for some, might not work for you.

Never just ‘settle’ if your heart is not in it.